Lambeth has taken the decision to proceed with Quietway 7 from Thurlow Park to Gipsy Hill (see December 2017 decision details).  This will link with Southwark’s Q7 route to Crystal Palace.  There is now the statutory consultation with Traffic order notices (as seen pts-quietway-7) and on some Lamp posts running from 16th February 2018 until 12th March 2018**

Details of the designs are here and summary below:-

Subject to objections and other representations resulting from the statutory consultation, the timetabled process has Scheme Construction due to begin April 2018, and construction completed October 2018. 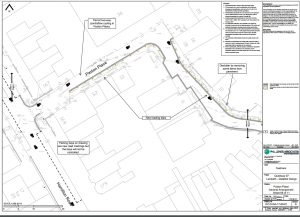 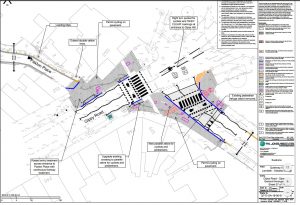 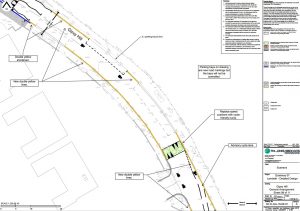 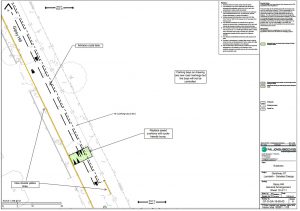 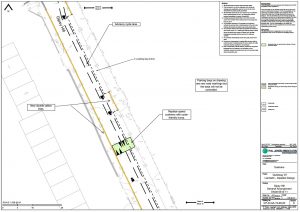 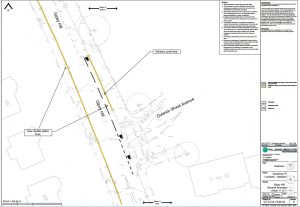 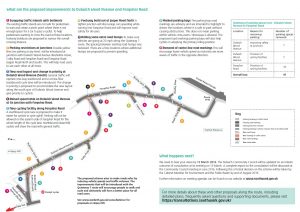 A more suitable route for the Quietway would avoid the use of Gipsy Hill and link in to London Cycle Network on Dulwich Wood Avenue, tying in to the existing cycle infrastructure to the north and east of the roundabout at the north of Gipsy Hill.  Details of External Stakeholder Feedback.

One of the main issues raised was that a more suitable route for the Quietway would avoid the use of Gipsy Hill and link in to the London Cycle Network on Dulwich Wood Avenue, tying in to the existing cycle infrastructure to the north and east of the roundabout. The borough recognises these concerns and agrees this is a desirable connection. We are working with Southwark and Transport for London to explore the feasibility of linking between the northern sections of Gipsy Hill and Dulwich Wood Avenue without reducing the level of service for pedestrian at the bus stop on the southern side of the roundabout. While this is under investigation, we believe the improvements to Gipsy Hill offer a significant safety benefit to all road users (pedestrians, drivers and cyclists) and are worthwhile proceeding with.

Responders raised concerns over the location of retained parking, specifically over whether the parking should be retained on the east or west of Gipsy Hill. It is considered slower moving cycles travelling southbound (uphill) would benefit more from an advisory cycle lane, than people on cycles travelling northbound (downhill), where it is anticipated they are more likely to travel at the speed of general traffic.

The introduction of waiting restrictions and marked parking bays will require a reduction in parking provision of approximately 110 metres (around 20 on-street spaces). An on-street parking survey indicates there is sufficient parking capacity for local residents during the evening and overnight period, most of the on-street parking at this location is used by commuters travelling from Gipsy Hill station. 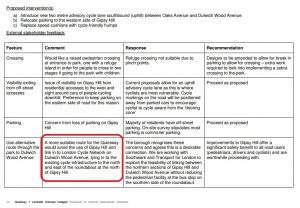 
£1,010,000  for initiatives in Thurlow Park and Gipsy Hill to enhance facilities not only for people that cycle, but also for pedestrians and other vulnerable road users.

*04 is Constructed by TfL

“Quietways is a network of high quality, well signed cycle routes throughout London, mostly using backstreets. The routes will link key destinations and are designed to appeal to new and existing  people that cycle who want to use quieter, low-traffic routes.”

Opportunity to comment on draft designs were made in 2017 in workshops and meetings. See www.lambeth.gov.uk/quietway7 for full details of the proposed design, that covers the Lambeth route in both Thurlow Park Ward and Gipsy Hill Ward.  The design proposals are in two parts: 01-05 and 06-10.  Southwark are expecting Quietway 7 cycle route via Dulwich Wood Avenue, connecting with Crystal Palace. Feedback from this design review will inform a future statutory public consultation on the Lambeth section, that’s expected early in the new year.  The proposed detailed design at Gipsy Hill is here: 2017-Design-Pack Pages 06-to-10 (GIPSY HILL PAGES) .

Background:
Quietway7 links a cycle route from Elephant & Castle (E&C) with Crystal Palace, and was routed by TfL to be via Dulwich Village, West Norwood (Thurlow Park Road), Gipsy Hill and then Crystal Palace (via Farquhar Road).

The route from E&C southbound is in Southwark (to Dulwich) then is in Lambeth (Turney Road, Rosendale Road/Thurlow Park Road, Hamilton Road, to Gipsy Hill), then goes back into Southwark (from Gipsy Hill to Crystal Palace).  Southwark had their part of the quietway consultation approved. 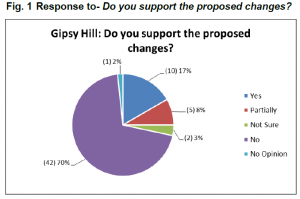 2017 Engagements:
Lambeth engagement with revised designs for their part of the route, with a new consultation process made id September.

Thurlow Park Ward Meeting
– Monday 14th August 2017 at 6-8pm
– All Saints Church, Rosendale Road
– A chance to sit down 1-to-1 with the Quietways designers to raise individual concerns about the designs. Turn up any time within the two hours.